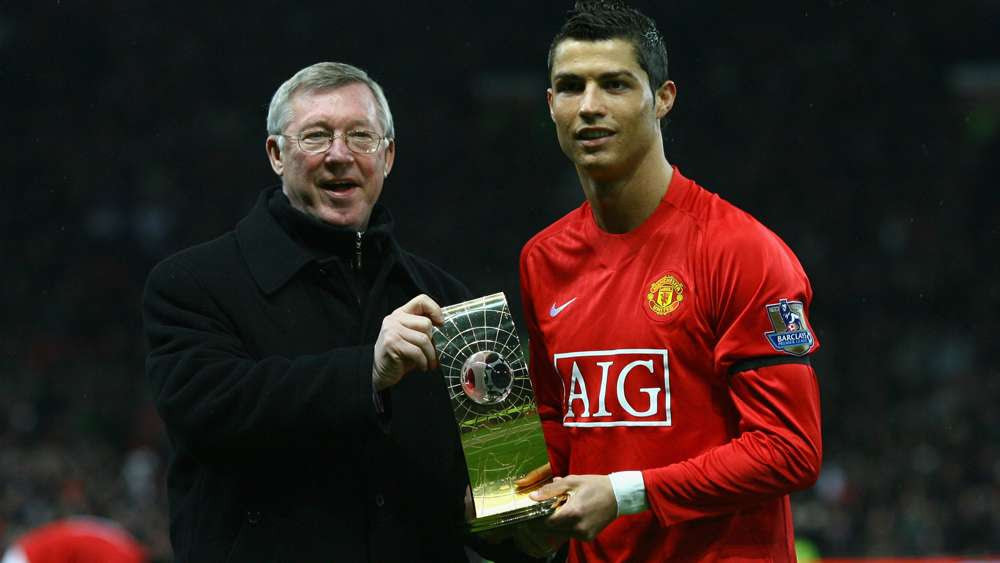 Football star, Cristiano Ronaldo has explained the role, former manager, Sir Alex Ferguson played in his return to Manchester United while describing his old mentor as “an unbelievable person”.

Ronaldo inspired United to three Premier League titles and the Champions League in his first spell at the club between 2003 and 2009 under Ferguson’s tutelage scoring 118 goals in 292 games.

Ronaldo has spoken up in the past about his relationship with Ferguson, revealing that they have kept in regular contact throughout the last decade but in his first Interview since resigning with the club, Ronaldo has now opened up on their special relationship.

“As everybody knows, since I signed for Manchester [United] at 18, Sir Alex Ferguson was the key,” the 36-year-old told MUTV . “I remember when we played against Manchester when I was at Sporting Lisbon. “For me, Sir Alex Ferguson is like a father in football for me. He helped me a lot, he taught me many things, and in my opinion, of course, he had a big role because of the relationship that we had, we keep in touch all the time, and he’s an unbelievable person.

“I really like him a lot and he was the main key for me to be in the position that I am, that I signed for Manchester United.”

Speaking about his new coach, Ole Gunnar Solskjaer, the five-time Ballon d’Or winner says he is looking forward to working with his ex-team-mate again as they bid to usher in a new era of success at the club.

Asked if he has had a chance to speak to Solskjaer yet, the Portugal international replied:

“Well, we had a chat, but of course I’m going to have time to speak with him face to face, to know what he expects. As you know, I played with him for two or three years at Manchester United so I have a good relationship with him but now with a different role, I’m a player and he’s a coach.

“But it doesn’t matter, my relationship with him is great and as I say before, I’m there in Manchester to help the team achieve his results and the coach can count on me for whatever he wants. So I’m available for everything.”

“I think it’s the best decision now that I have made it. It’s right on point in my opinion,” he added. “I moved from Juve now to Manchester, it’s a new chapter, I’m so happy and glad, and I want to carry on again, to make history, to try to help Manchester achieve great results, to win trophies and number one of them, to win great things.

“I have a fantastic history with this amazing club. I was there at 18 years old and of course, I’m so happy to be back home after 12 years. So I’m really glad and looking forward to start my first game.”