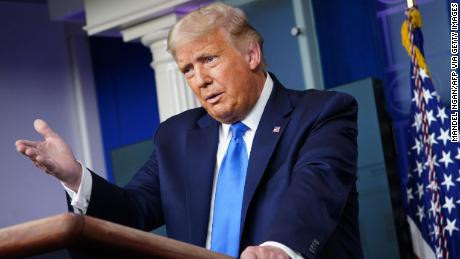 #Trumphascovid is the number one trending topic on Twitter this morning after US President, Donald Trump confirmed today, Friday, October 2, that he has tested positive for Coronavirus, lighting up the social media space.

Trump, who never liked the idea of wearing masks in public, saying it made him look weak, contracted the virus after his close aid Hope Hicks tested positive on Thursday October 1.

As expected, many have been sending their prayers and wishing The President quick recovery but some are of the opinion that President Trump would not have been sympathetic if it was his opponent, Joe Biden, Hilary Clinton or Barack Obama that was infected.

According to Twitter user, @OgbeniDipo, Trump would have mocked Biden, Clinton or Obama if they were the ones infected. 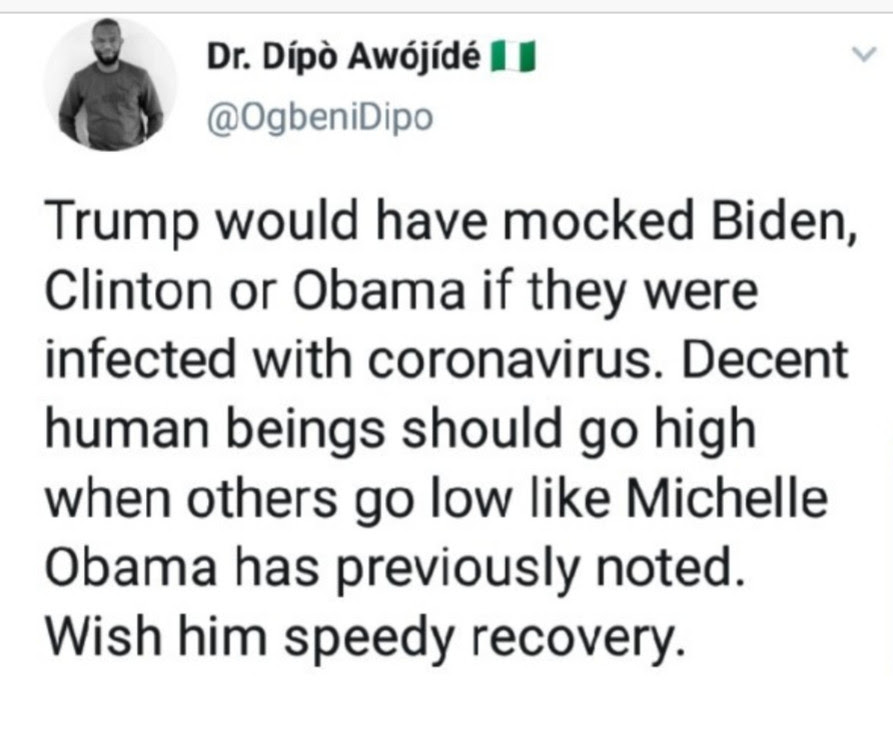 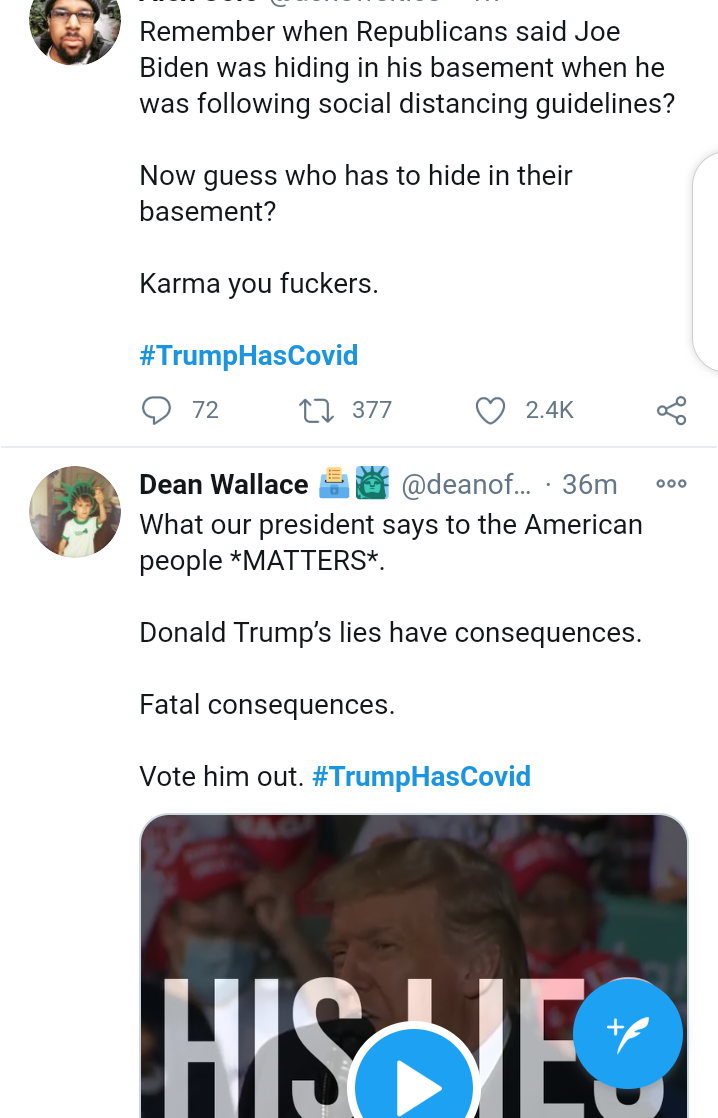 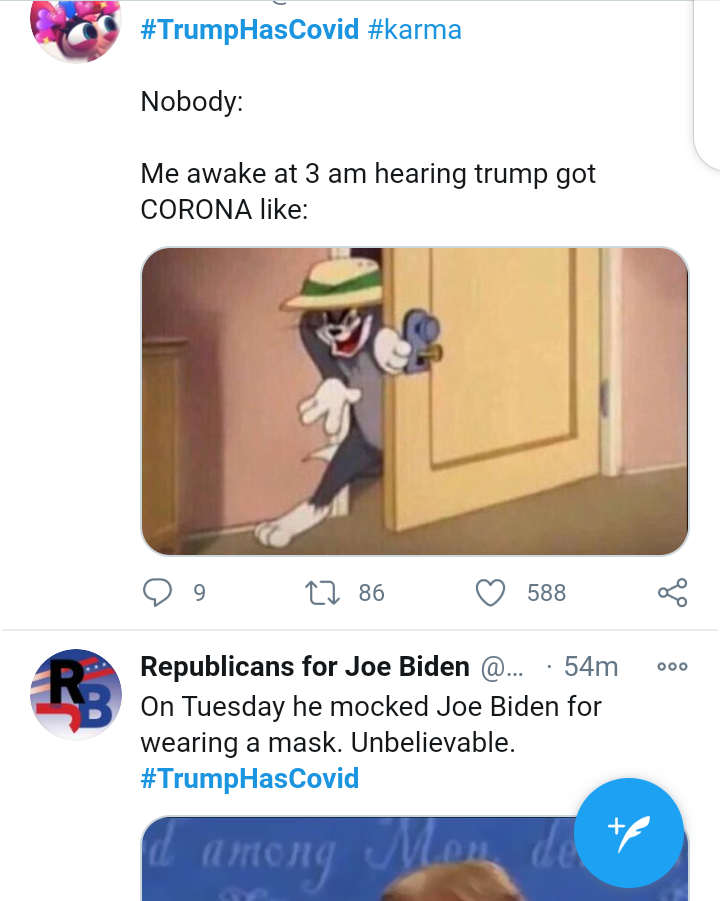 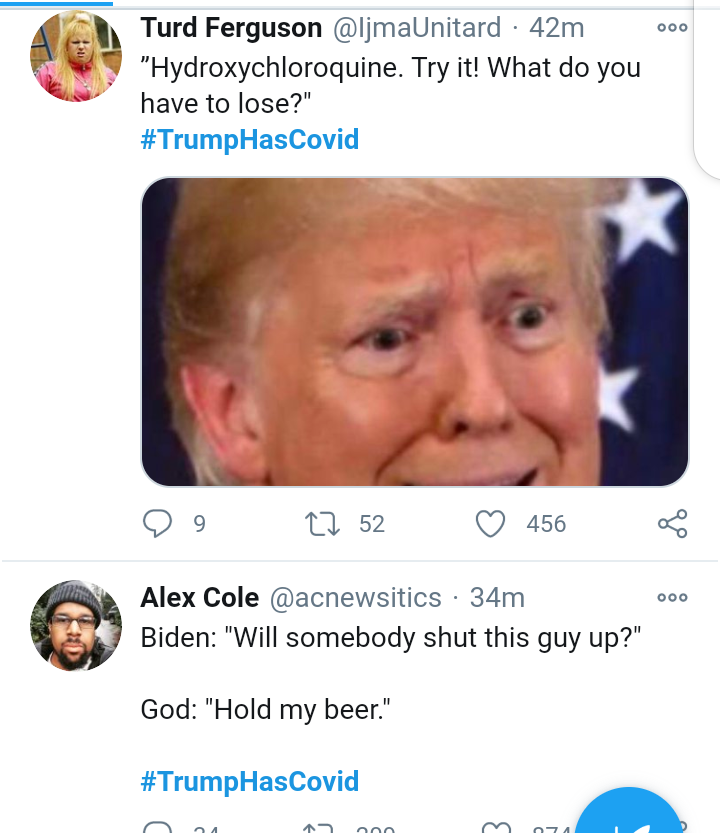 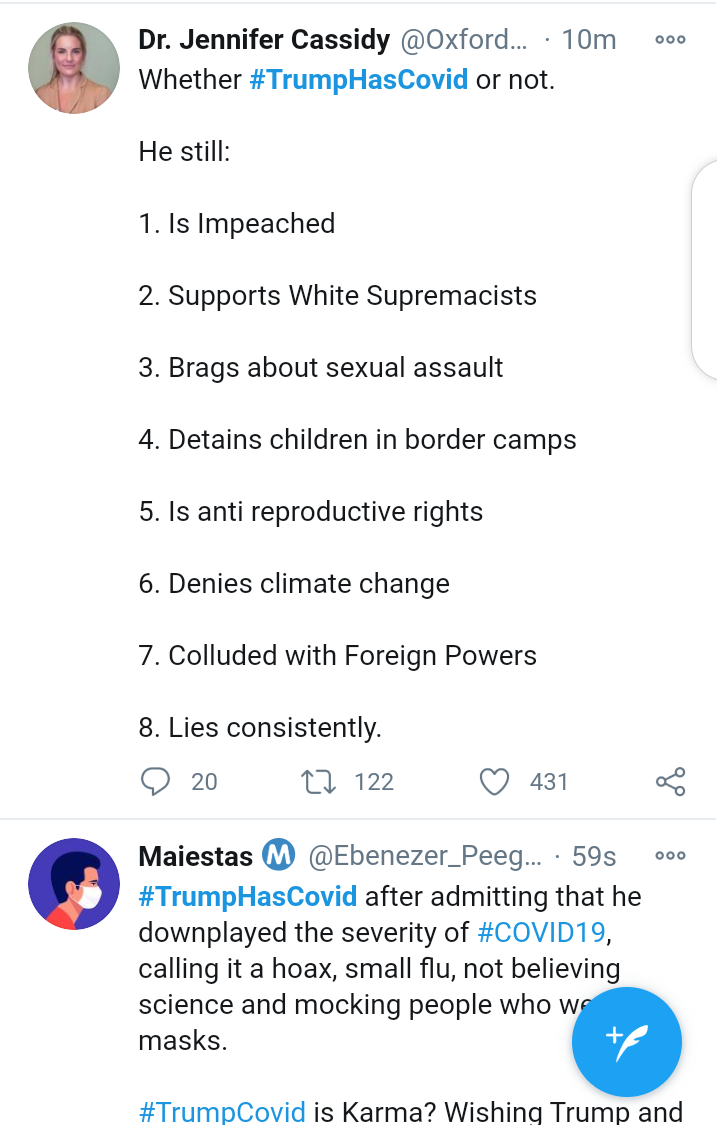 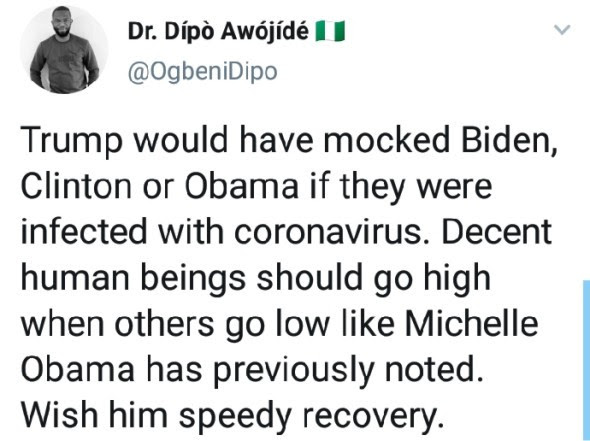 While #TrumpHasCovid and is in recovery we must continue to hold him accountable for his cruelty and sociopathy which needlessly led to the deaths of hundreds of thousands of Americans. pic.twitter.com/2hCT3vURDx

Protest turns into Concert at LEKKI as celebrities performs on Stage and shares food to protesters.

Davido To Chioma: I Am Getting You Pregnant Again, You Are So Sexy My Wife