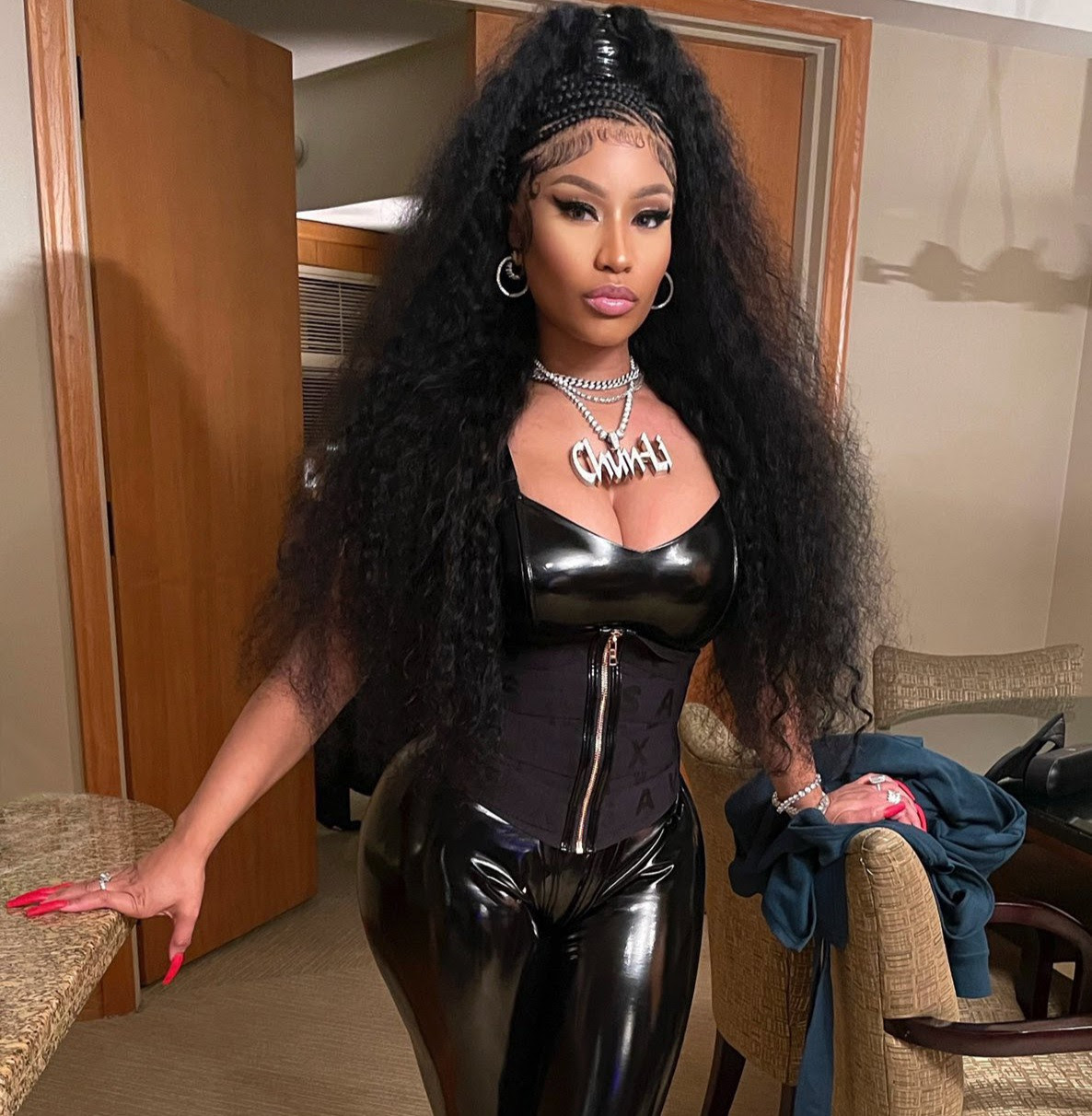 Nicki then told her fans not to be bullied into taking the vaccine. 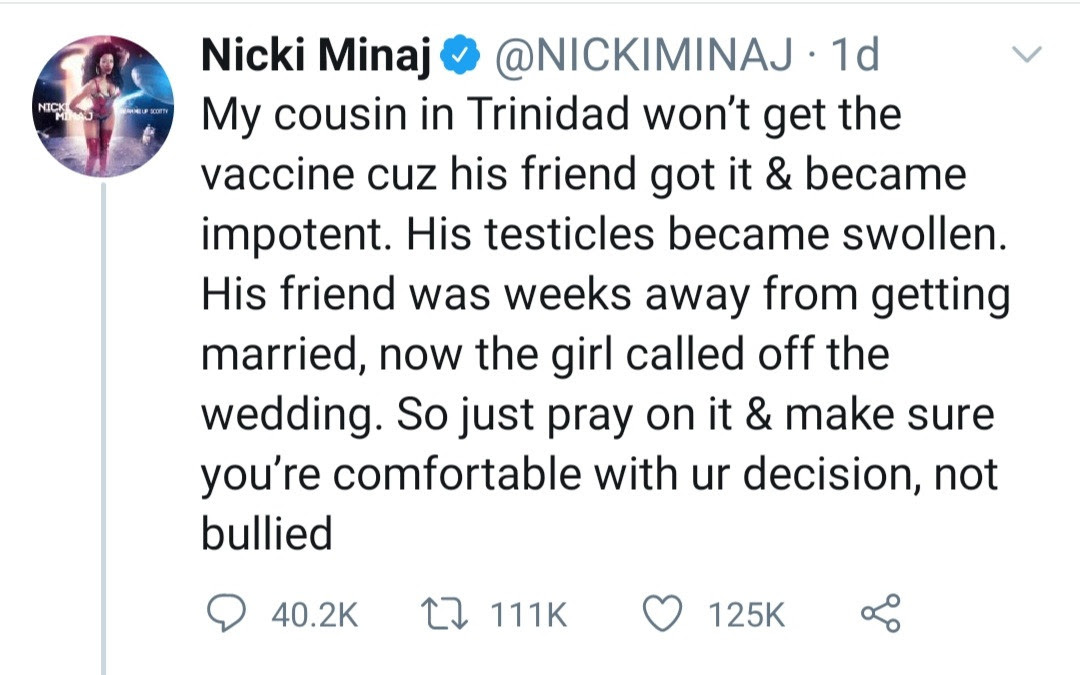 Her tweet quickly went viral and led to a number of people calling her out. 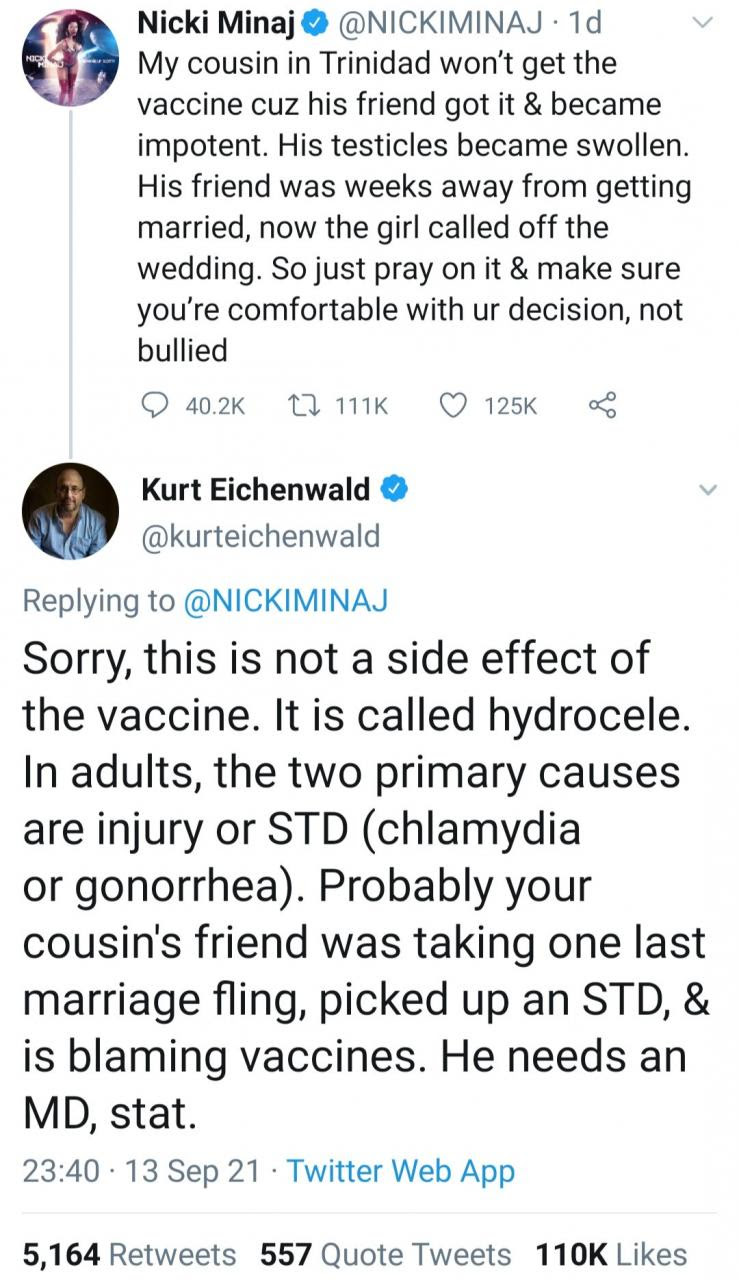 Soon, Nicki was trending with people mocking her and making memes about her cousin’s friend. 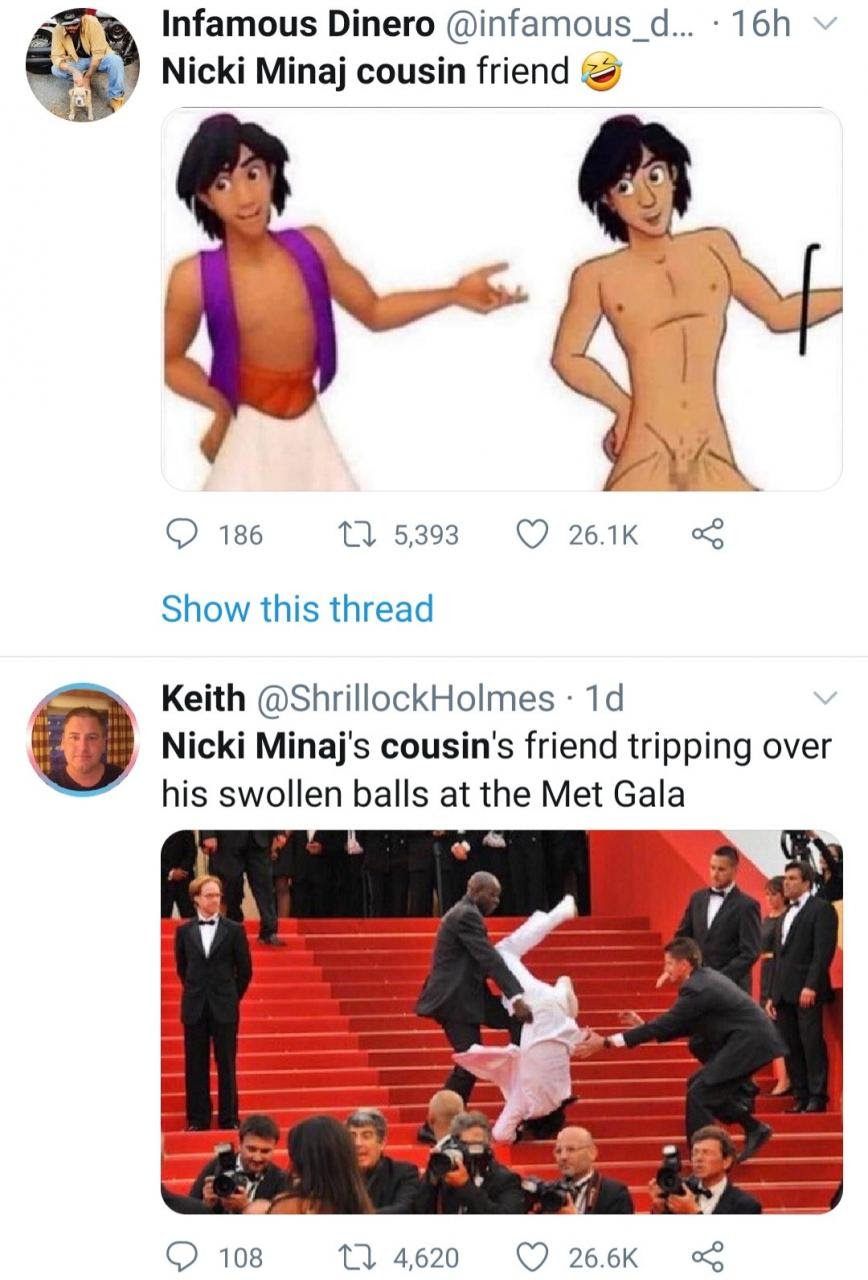 Western Sydney Health department then took a swipe at Nicki, writing: “We promise to leave the rapping to Nicki Minaj if she leaves medicine to doctors and scientists.”

The department then shared a list of the side effects of the vaccine, alongside Nicki Minaj’s tweet about her cousin’s friend, adding that Nicki’s claim is not something that happens after taking the vaccine. 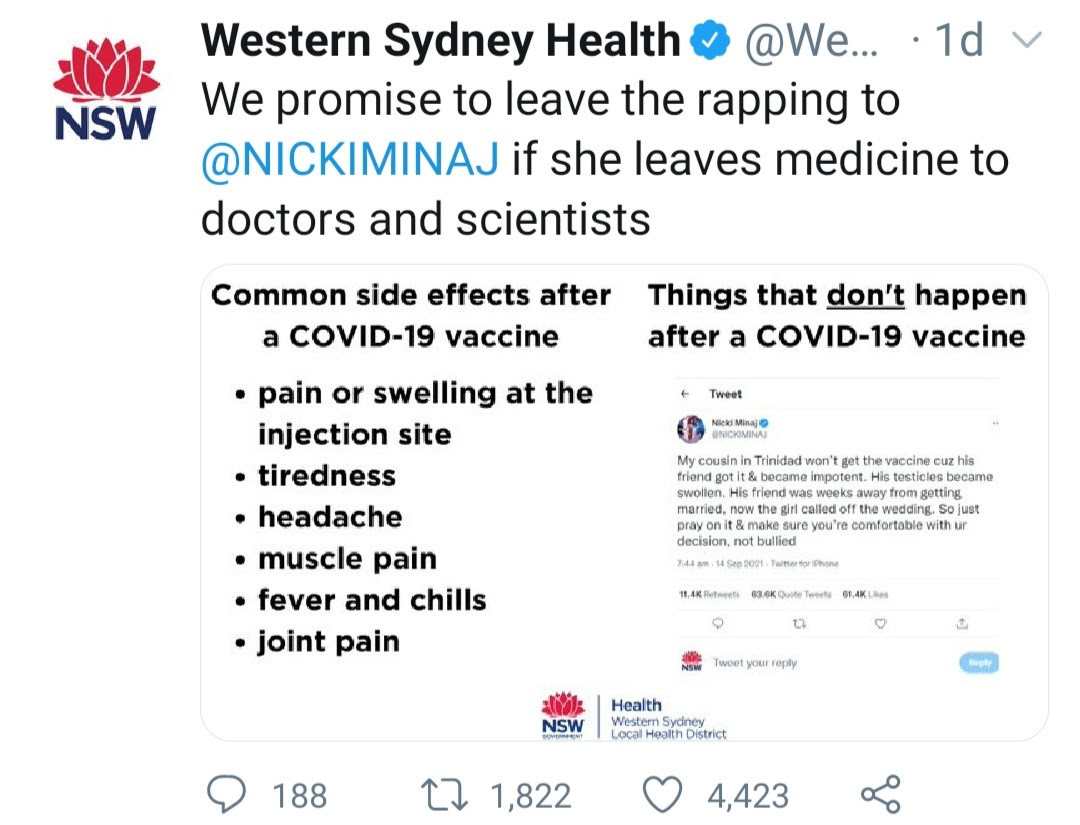 Meanwhile, Nicki says she’s likely in trouble with her cousin’s friend for sharing his story. 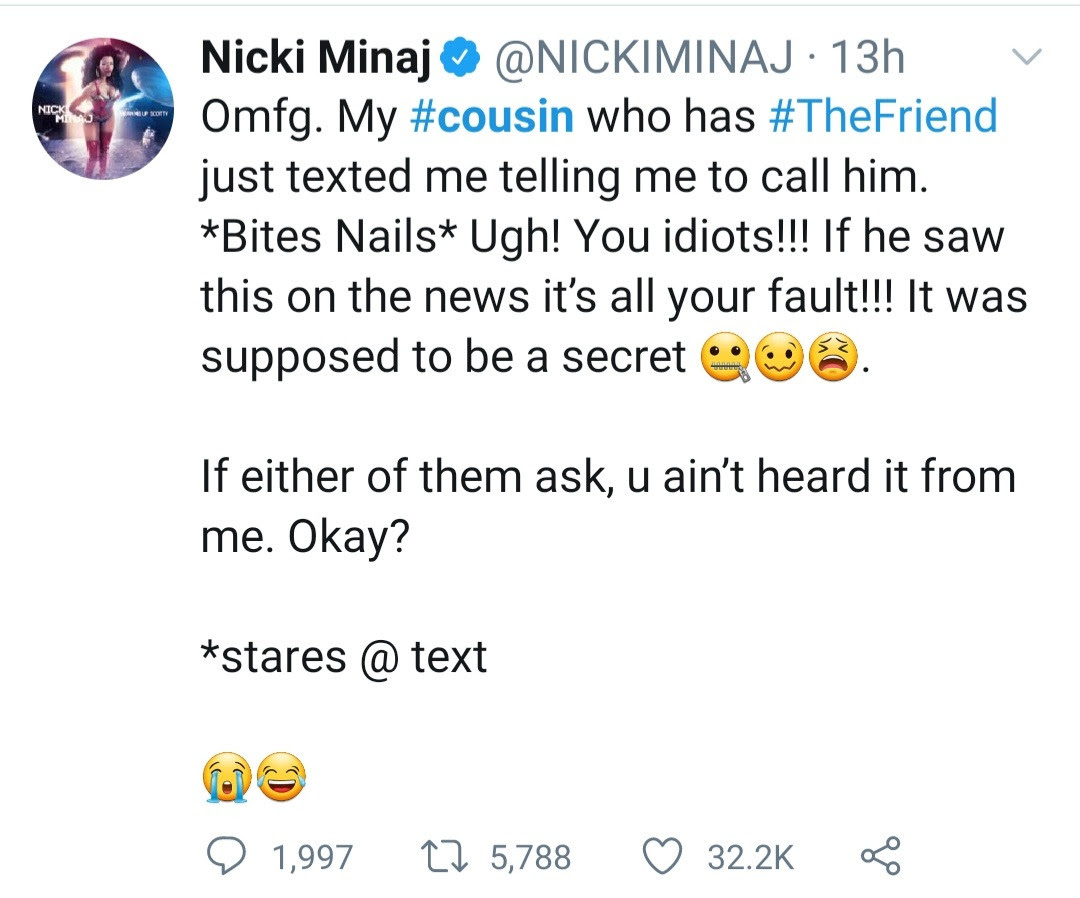