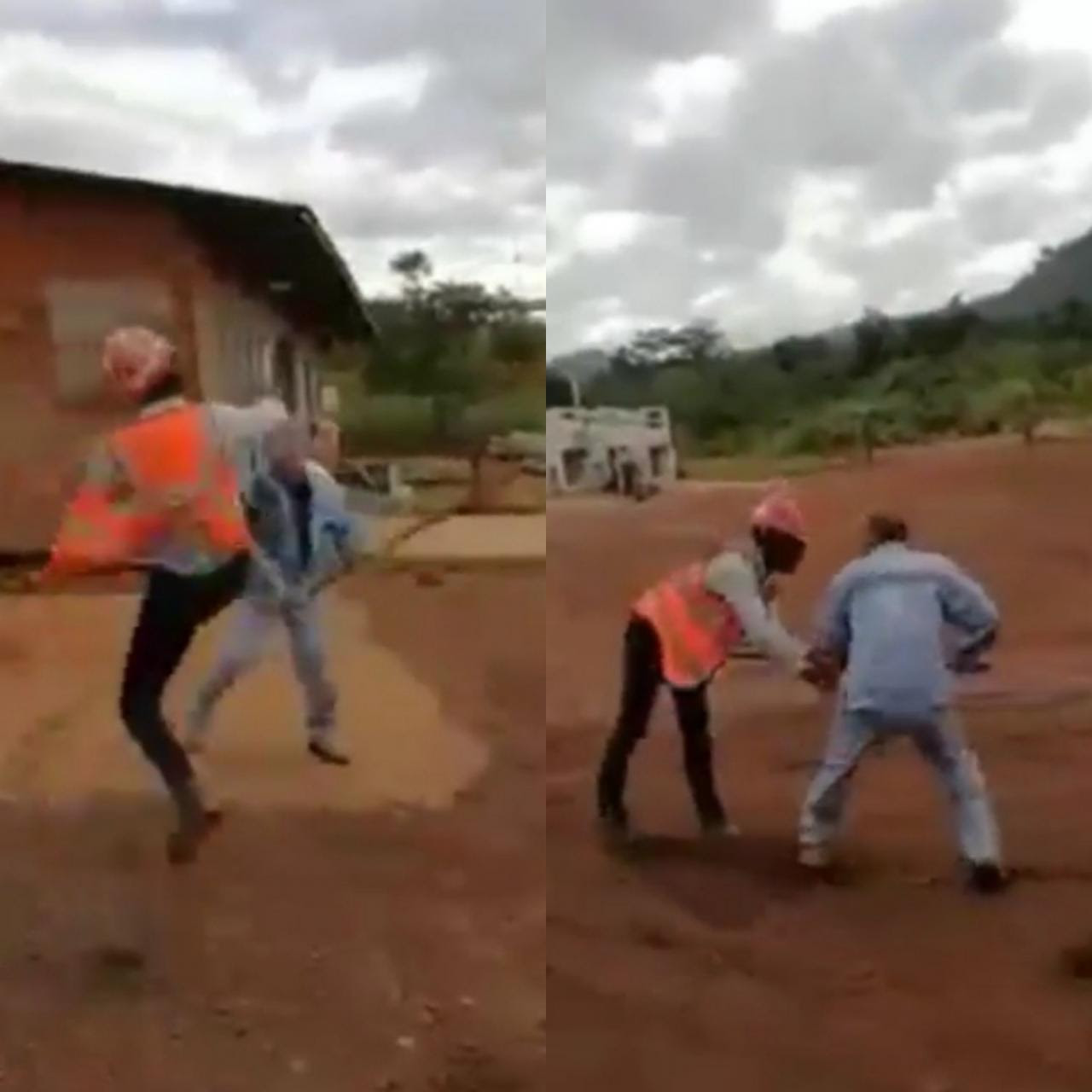 A Chinese miner was filmed attacking a Sierra Leonean Safety Officer with a rod on a mining site in Sierra Leone.

The incident happened at Tonkolili Iron Ore mine.

In the now-viral video, the Chinese man is seen scolding Sierra Leonean workers and the scolding turned physical when a Sierra Leonean, who is the Safety Officer on site, stood up to him.

The video begins with the Chinese miner  scolding one of the staff, who is a local. He then spits on the floor directly in front of the man in derision.

The man then calls him out for this, saying: “Get out. Out of this place man.”

The Chinese man then walks to the Sierra Leonean Safety Officer and begins pointing at him while scolding. Suddenly, he slaps the documents the man has in his hands and a fight breaks out.

The Chinese then runs to pick a rod and runs back to attack the black man.  Other Sierra Leonean workers try to hold him back to prevent him from harming the man.

Soon, other Chinese workers run to the scene and start scolding the black man filming the incident.

But the man tells them the Asian man had no right to do what he did to the Sierra Leonean worker.

The man filming is heard narrating what happened to the other Chinese workers who ran to the scene during the fight.

He says: “The man is conducting a safety tool box meeting, he went there and disrupt the safety meeting. He has no right.