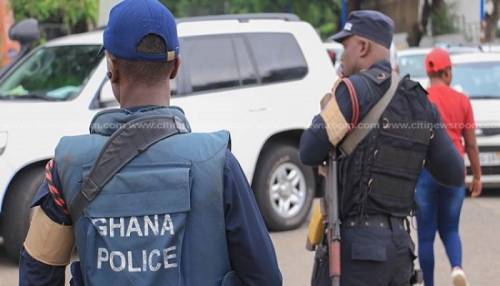 Iwejuo also known as Chibona and other members of the robbery gang were said to have assaulted and tied the petrol attendants in the station.

According to Ghana Web, they also penetrated the metallic safe of the fuel station and carted away an undisclosed amount of money, a laptop, and other valuable items.

“The Ghana Police Services say it has arrested suspect Iwejuo Anthony alias Chibona who together with others attacked and robbed Pacific Filling Station, Krokowhe near Ashalaja in the Greater Accra region, at the dawn 5th June, 2021.

“The suspect assaulted and tied fuel attendants, broke into the metallic safe of the filling station, and stole an unspecified amount of money, a laptop, and other items,” the report revealed.

It took the intervention of the security operatives nearby and the courageous act of the owner of the station and support from the neighbours to nab Iwejuo, while other suspects are said to be at large.

“However, with security interventions laid by the station owner, coupled with his bravery and support from neighbours, the suspect was arrested.

“Some of the stolen and a heavy pointed metal bar was retrieved from the suspect. Efforts are underway to arrest the other suspects,” the report added.