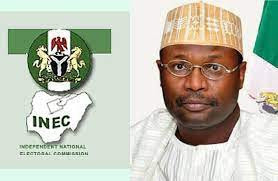 The Independent National Electoral Commission (INEC) has announced the dates for the governorship elections in Ekiti and Osun states to be conducted.

Yakubu also announced that ahead of the 2023 general elections, the commission has created an additional 56, 872 polling units across the country.

Yakubu said the commission had also removed 749 Polling Units from inappropriate facilities, with nine of them from shrines and several others from religious houses, royal palaces and private property.