The man spent more than a week in intensive care, and nearly two months total in the hospital recovering from his energy drink-induced heart and kidney failure.
.
>A 21-year-old man in the UK had to drop out of university after months battling a mysterious illness.
>Doctors found he had heart and kidney failure after drinking four energy drinks daily for two years.
>Caffeine overdose can be life-threatening, with symptoms like breathlessness, nausea, and tremors. 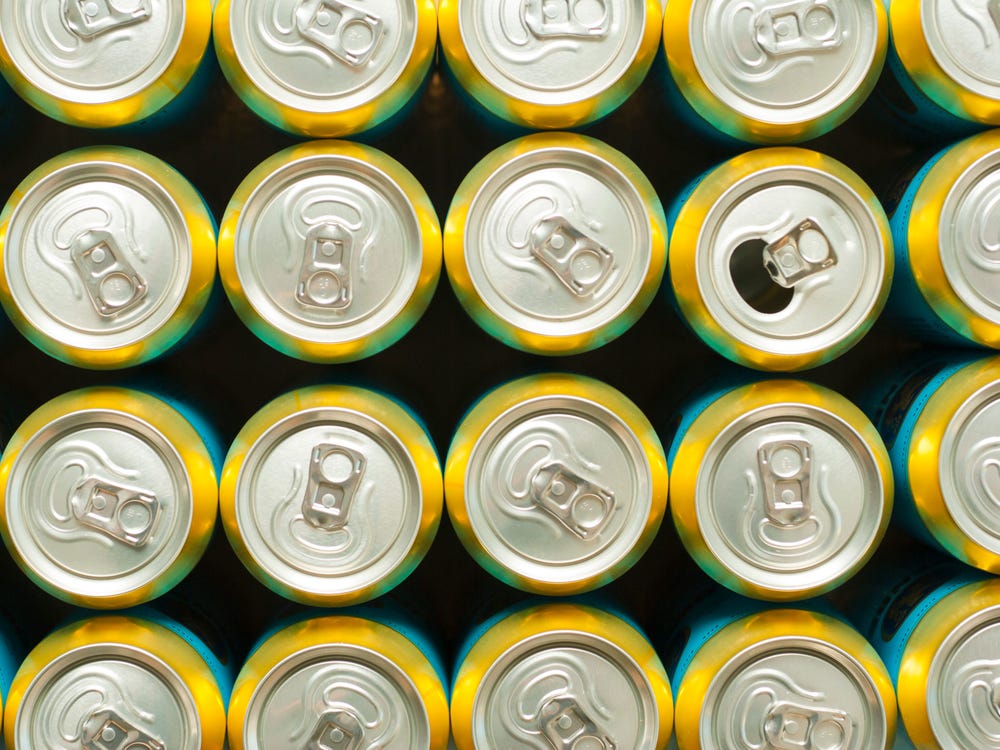 .
A 21-year-old man was hospitalized for
heart failure and kidney failure after drinking more than half a gallon worth of energy drink every day for two years, according to a case study published April 15 in BMJ Case Reports.
.
Although he eventually recovered, the man was initially considered as a candidate for organ transplants, and he spent more than a week in intensive care, and nearly two months total in the hospital.

That’s about 640 mg of caffeine a day, well over the recommended safe dosage of 400 mg of caffeine, according to the FDA.
.
“I think there should be more awareness about energy drink and the effect of their contents. I believe they are very addictive and far too accessible to young children,” the patient said in the case study report.

For months prior to being hospitalized, he had been suffering symptoms such as tremors, shortness of breath, and indigestion so severe he dropped out of university.

The case highlights the potentially toxic side effects of energy drinks that contain huge doses of caffeine, which can lead to serious and sometimes life-threatening health issues.

Caffeine overdoses can be fatal

Caffeine, the world’s most popular psychoactive substance, is safe to use in moderation, helping billions of people get through their day in the form of coffee and tea. It offers health benefits such as improved focus, mood, and energy.

But too much caffeine is risky, with side effects like anxiety, heart palpitations, and low blood pressure. In severe cases, caffeine overdose can lead to unconsciousness and even death. Caffeine overdose has also been linked to metabolic acidosis, a potentially serious build-up of acids in the body that can lead to kidney failure.

More concentrated sources of caffeine are more likely to cause overdose, meaning that energy drinks are riskier than coffee and tea.

Most dangerous, according to case studies, is caffeine powder in supplements for energy, exercise and weight loss

. A scoop of this highly-concentrated powder can contain the caffeine equivalent of 50 cups of coffee or more.